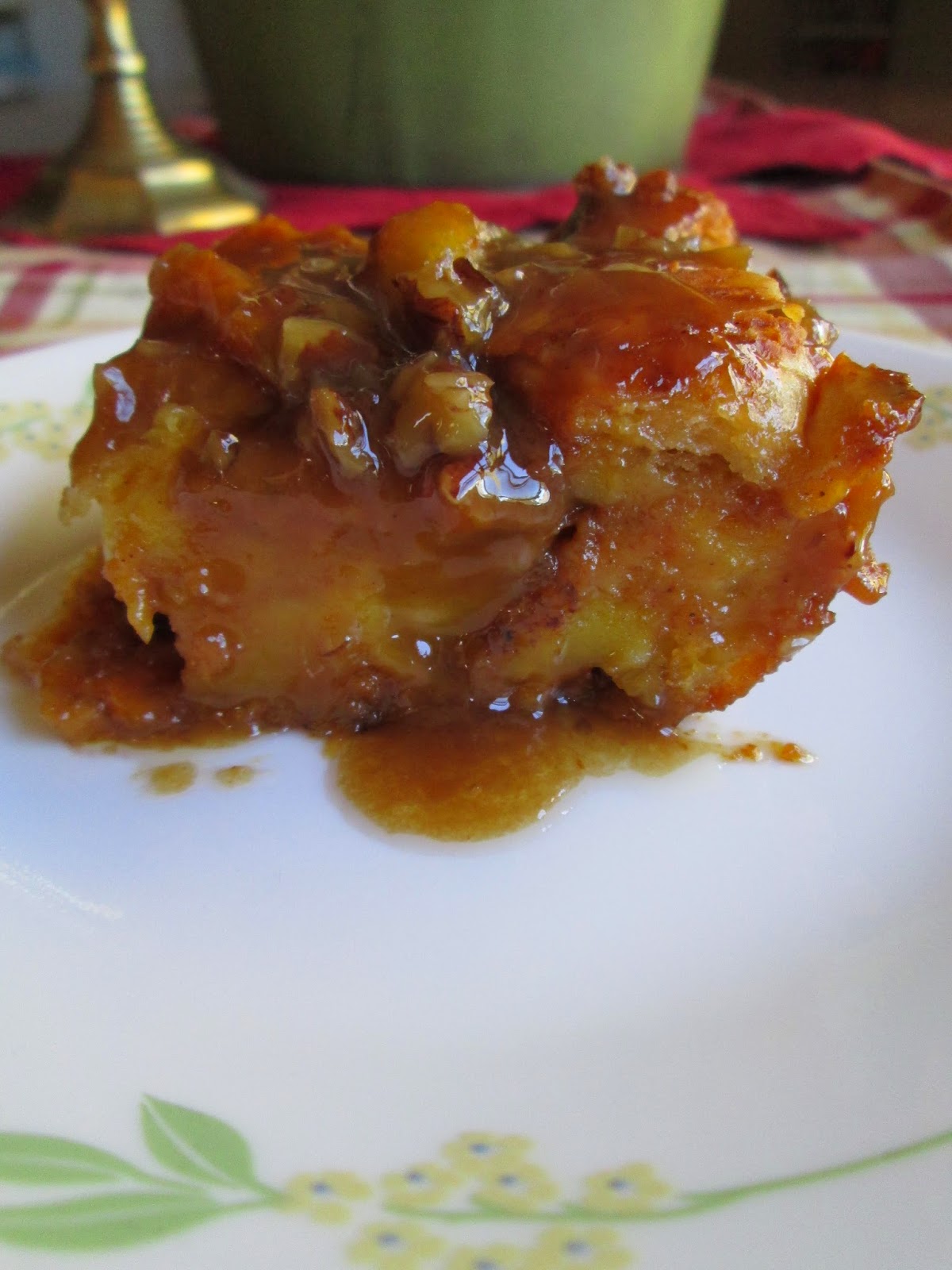 After trying and trying to get a good picture of this recipe, I've decided bread pudding is one of those things that tastes better than it looks!  We had this recipe while we watched conference this year and it was delicious.  We usually have monkey bread and my kids were pretty nervous about the change but they all loved it (because both recipes are basically bread soaked in sugar).  It would be great for a party or brunch.  It served a lot of people because you can eat about two bites before you're full. It would also make a nice tradition for Christmas morning or another holiday because once you see how much butter goes in it you probably won't want to eat it more than once a year!

I found the recipe at Flavor Mosaic. Her pictures look amazing too. So if you're not already sold on making this, go give it a look and you'll be craving it. I basically left the recipe as is except to add more cinnamon and to decrease the sauce ingredients a little...to let the pumpkin flavor shine through! I love pumpkin season!